That’s the caldera of Santorini Volcano behind this beautiful little poser.

Now put on your hard hats — it’s time for a little chemistry.

In fact, just this: “What do you get when you remove the oxygen (chemical symbol O) from H2O?”

Okay, so there’s really no need for special gear (unless you want to follow a working geologist out into the field to collect and study some of the world’s oldest rocks).

Believe it or not, this answer is closely tied to the origin of life on Earth. So is volcanism: source of the heat energy powering that and other chemical reactions necessary for emerging life.

END_OF_DOCUMENT_TOKEN_TO_BE_REPLACED 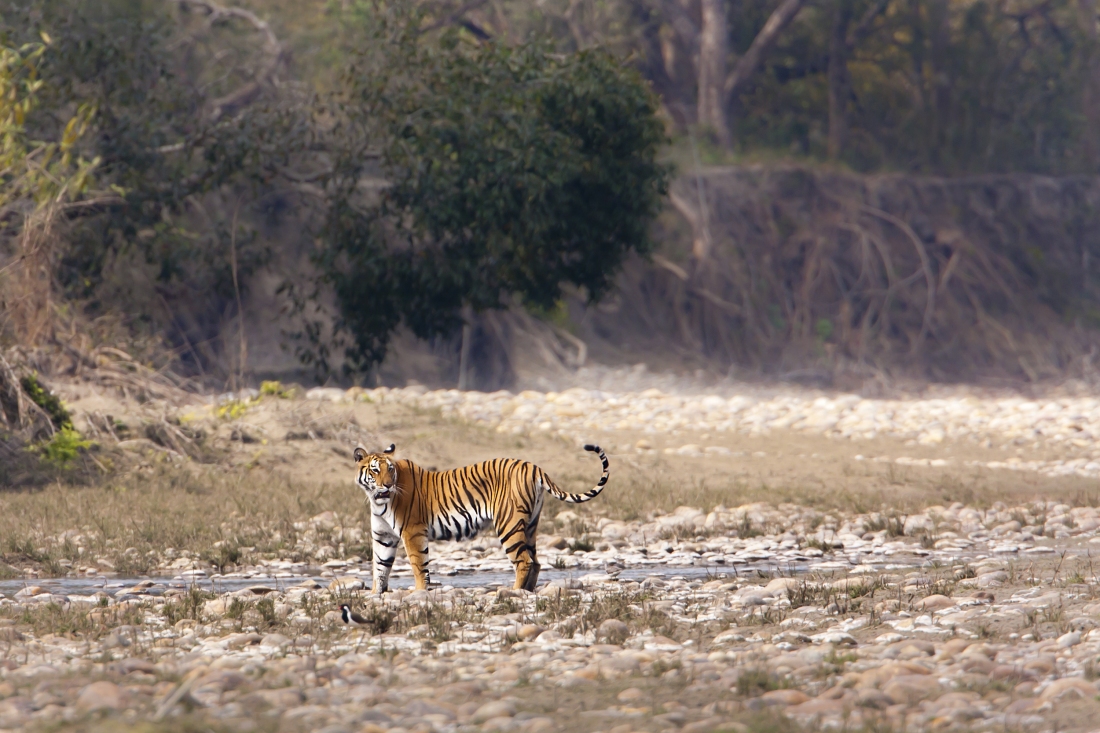 That tiger — and the little avian dinosaur in the foreground, keeping a respectful distance away from the cat — are walking along one of many river beds that cross the Terai, a flat grassy wetland that runs along the feet of the Himalayas in Bhutan, India, and Nepal.

This particular river is in Nepal, according to the photographer.

As you can see, Terai soil is deep and fertile, but mountain floods can slash through it easily. They also bring down the nearby towering range piece by piece as rounded boulders and cobblestones.

Thanks to plate tectonics, though, the Himalayas continue to rise despite this constant assault by rain and ice.

Down in the flatlands, a young Ganges River flows through the Terai, gathering in lesser streams like the one shown above and growing in size and volume as it travels more than a thousand miles eastward and then south to the distant Bay of Bengal.

India and Nepal established important nature preserves here in the early 1970s. Bengal tigers are also protected elsewhere in the region, including the Sunderbans: a vast mangrove forest that covers the Ganges Delta of India and Bangladesh.

What does all that have to do with plate tectonics?

A few caveats to this excellent video: Per sources that I have read, other factors were also at work during the great greenhouse-icehouse transition, but let’s save that for Chapter 18. As I understand it, there is consensus on the evolution of whales, but otherwise the India-Asia collision and its effects on plant and animal life were very complex, as this abstract shows. Not all experts agree with Dr. Hughes. In a later chapter, though, we’ll look into another, even more controversial hypothesis: that big cats might have evolved in Tibet!

Take the part in this video where they mention cooling, for instance.

Based on how cats behave now and the ways that behavior has shaped their anatomy and that of their fossil relatives down through time, it’s likely that Family Felidae evolved to fill a predator niche in an ecosystem that existed in between the forest’s edge and an open plain. (Martin).

That was ideal! There was sufficient cover to sneak up on prey (and trees to scoot up into when danger threatened), as well as just enough open space for a short sprint and deadly pounce. (Werdelin)

Now try to imagine a place like that in Late Cretaceous times.

END_OF_DOCUMENT_TOKEN_TO_BE_REPLACED 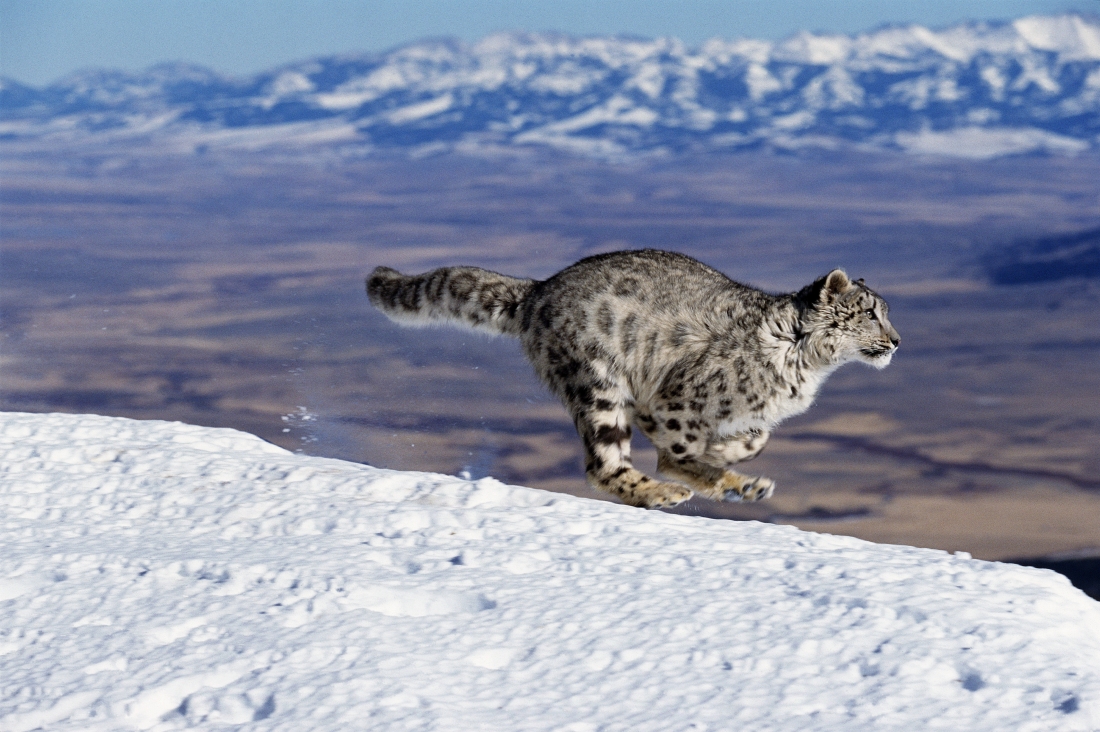 A spacecraft has found definite signs of life on a habitable world!

Well, it was Earth and the craft was a probe named Galileo that flew past its home in 1990 for an equipment check before sailing on to explore the Solar System as far as Jupiter. (Here’s how that turned out.)

This isn’t from Galileo, but it is definitely cool. In 2020 NASA turned some of its data on Earth into music and released the video. Check out which instrument is “playing” atmosphere, water, etc., at the YouTube page.

Still, congratulations to the rocket scientists!

And even though our focus is on how cats evolved, we do need to look at Earth and ask the basic questions: where did it come from? What makes our planet such a good stage for, and cast member in, that ensemble play we call Life?

Only then will details in later chapters make sense, for instance, why cats have four legs and a long tail (mammal predators do have other options); the whole cat-dog thing and whether T. Rex ate any of their direct ancestors; why cats have pretty fur but scary claws and teeth (compared to our own flat fingernails and chompers), and so forth.

END_OF_DOCUMENT_TOKEN_TO_BE_REPLACED 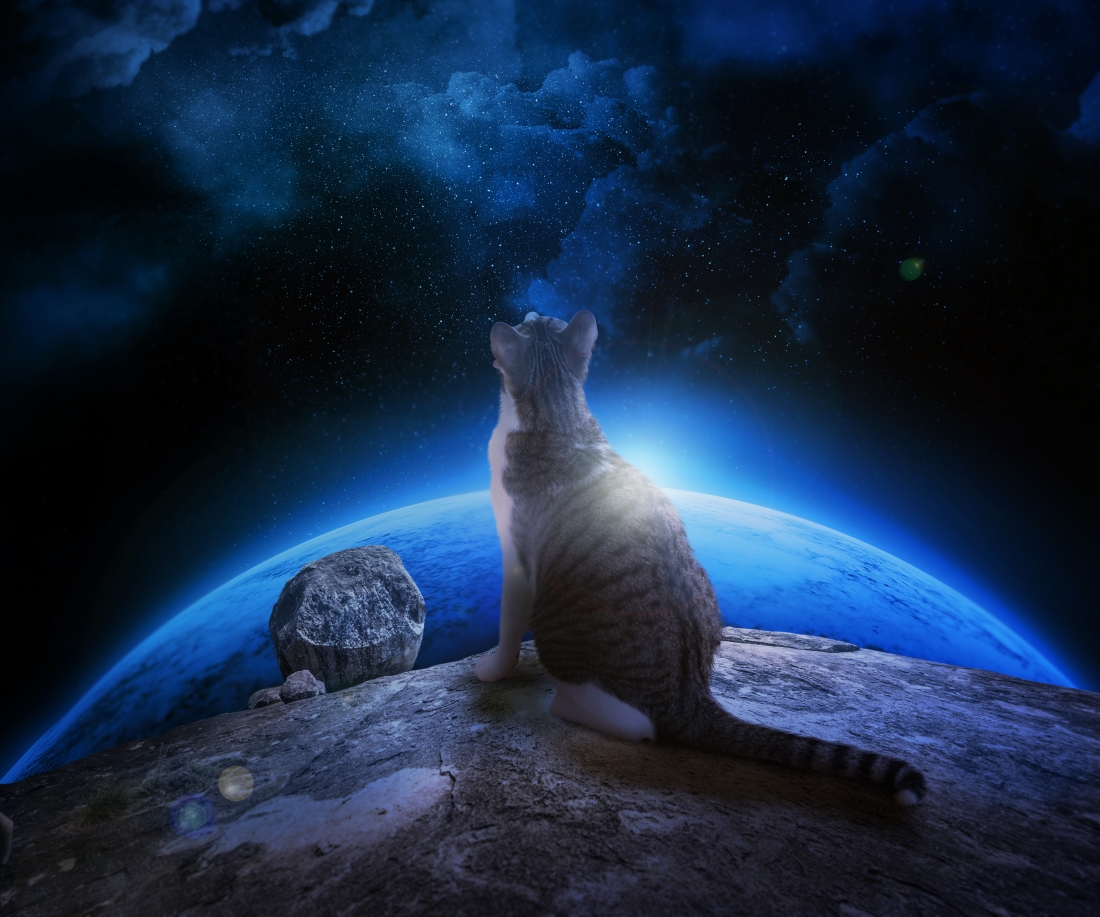 Whatever happened with that news last year about finding life on Venus? Something about phosphine, whatever that is.

And what about the cigar-shaped space rock with the unusual name (Oumuamua) they found in 2017 and called an “interstellar visitor”? Aliens, right? Where’s the follow-up on that?

The shortest, simplest answer to both these versions of the Big Question is that scientists are working on it.

Their scientific method is a very useful tool for getting to the root of things, but it takes time. Too, jargon and the technical details involved do not make for reader-friendly stories.

That’s why journalists usually wait for results to be announced in simple language.

Many years can pass in between press conferences. And sometimes other research teams come up with different results in the meantime, which the journalists also must report.

This extended, open-ended process generally leaves us laypeople feeling confused and a little put off by Science — except when the topic is “Life Out There.”

THAT always gets our attention.

It appeals to our gut feeling that, if humanity keeps searching long enough, we’ll find ET someday, looking back at us and glad to discover that it’s not alone in this huge universe.

Is that a valid hope or are we just projecting our social selves onto the cosmos?

I’ve found out something cool while reading through the sources for this chapter of the series on how cats evolved.

END_OF_DOCUMENT_TOKEN_TO_BE_REPLACED 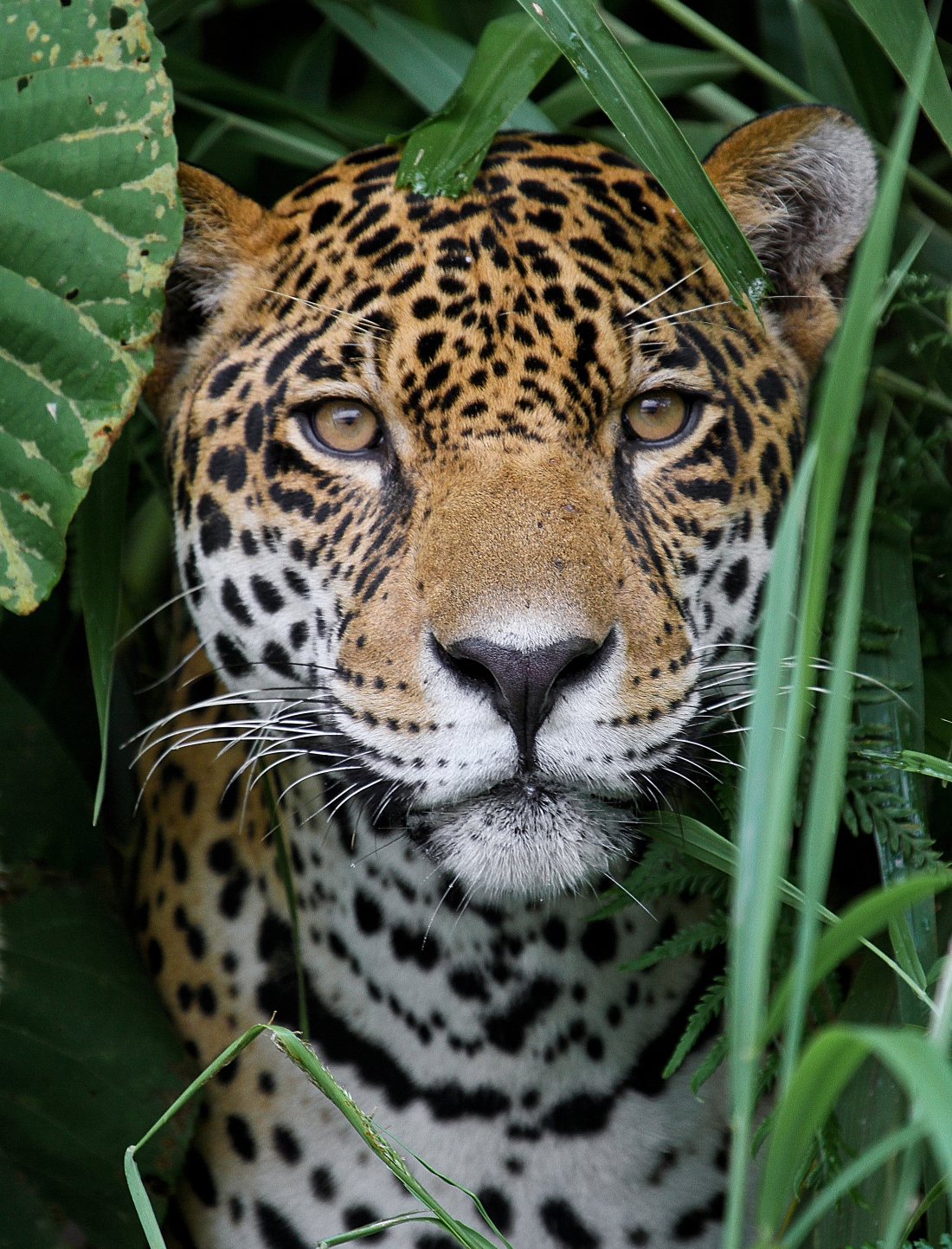 Trigger warning for people who have been traumatized by or become anxious around animals.

Life is incredibly precious, you realize seconds after meeting a cat like this and knowing that you might come out on the losing end here.

The usual way we see our lives — as something to get through each day — evaporates under this jaguar’s frank stare.

Welcome to the food chain, pal!

Like it or not, you and I are part of the great web of life.

Individually and as groups, we try to avoid the scary and unpleasant parts by insulating ourselves from Nature as much as possible. This often works, too.

However, Nature is bigger than us. Bottom line: like any other species, H. sapiens eats and can be eaten.

Now for the good news.

Human beings have been dealing successfully with predators like this jaguar and even worse for hundreds of millennia.

The survivors of such encounters have passed along to us a built-in emergency mode that gives our famously big brains a chance to think their way through a crisis.

END_OF_DOCUMENT_TOKEN_TO_BE_REPLACED 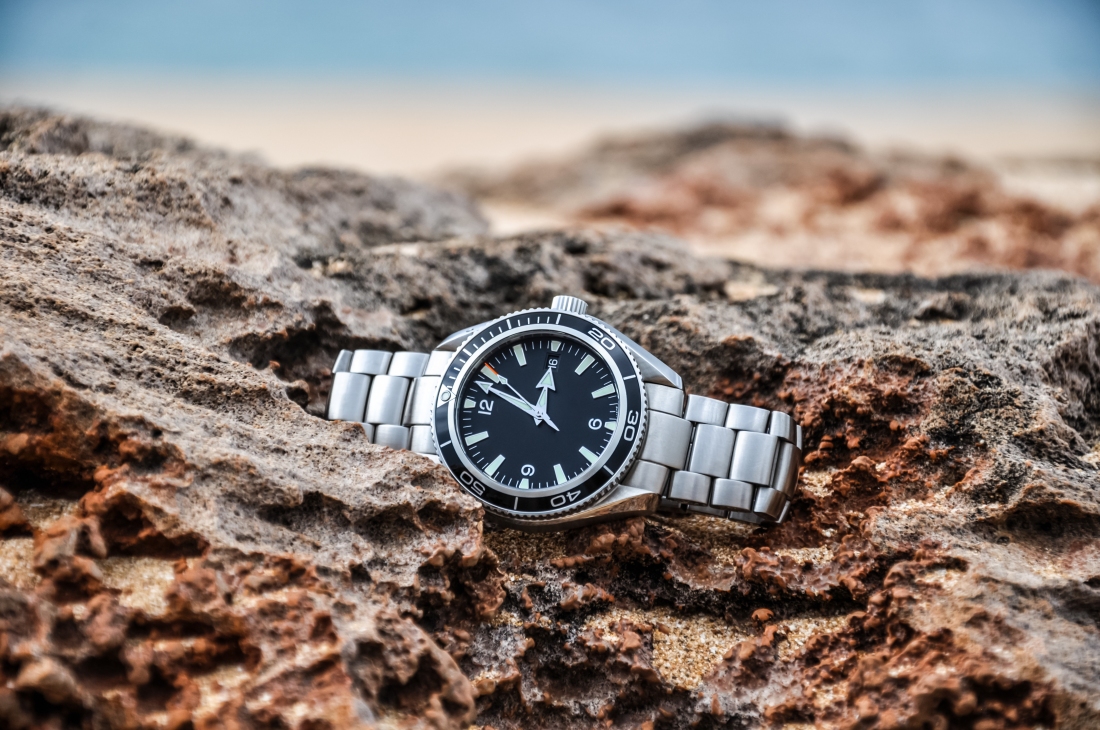 Life on Earth is strange, and I don’t just mean physically. It’s odd how life goes on here.

In terms of time, we are so out of sync with our planet!

First, look at our natural surroundings — steady as a rock (most of the time, anyway).

Then look at humans, or at cats — each born helpless; struggling to reach maturity; struggling more to survive and reproduce; and then aging and passing away.

It all happens quickly, too (at least to an outside observer: parts of our own lives seem to take forever).

In the wild, cats don’t live long, maybe five to ten years, or a little more if they’re tough and lucky.

Exceptionally elderly people might live for a hundred years, but even this is short compared to the social fabric that they are wrapped in. While often resembling a patchwork quilt, its history goes back many centuries.

The current British monarch, for example, is in her mid-90s. That isn’t very old, considering how long her royal house has been around, and it’s positively youthful compared to the age of her kingdom.

Still, what do centuries and millennia mean to a multimillion-year-old rock?

Nothing, of course. It’s inert, although there may be something living underneath it or even inside. The rock’s components — silica, oxygen, and various other elements — are just chemistry, facts for nerds to ponder.

Biology is where it’s at, and we’re at the top of the heap!

This delusion is so powerful that most of us need a strong reason to ask the really interesting question — what does that multimillion-year-old rock mean to us?

END_OF_DOCUMENT_TOKEN_TO_BE_REPLACED 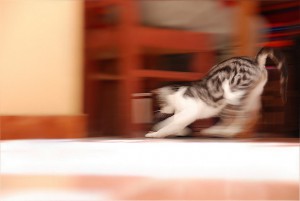 No, seriously. Have you ever really looked at one of these before?

The kitty doesn’t have to be Fluffy, although house cats are a lot easier to study at home than, say, mountain lions or tigers.

Believe it or not, apart from size and a few lifestyle-related anatomical details, you do have a little mountain lion/tiger there!

That’s because all members of family Felidae are built alike. (Turner and Anton)

What is a cat?

This information is from Kitchener et al., Wright and Walters, and some fun hours spent watching house cats — my own and friends’ cats.

The long feline body is much more supple than that of a gray wolf (Fido’s closest relative; I use wolves for comparison because dogs have been domesticated longer and in many cases don’t look much like their forebear now; outside the show ring, Fluffy still resembles its African wildcat ancestor in many ways).

END_OF_DOCUMENT_TOKEN_TO_BE_REPLACED 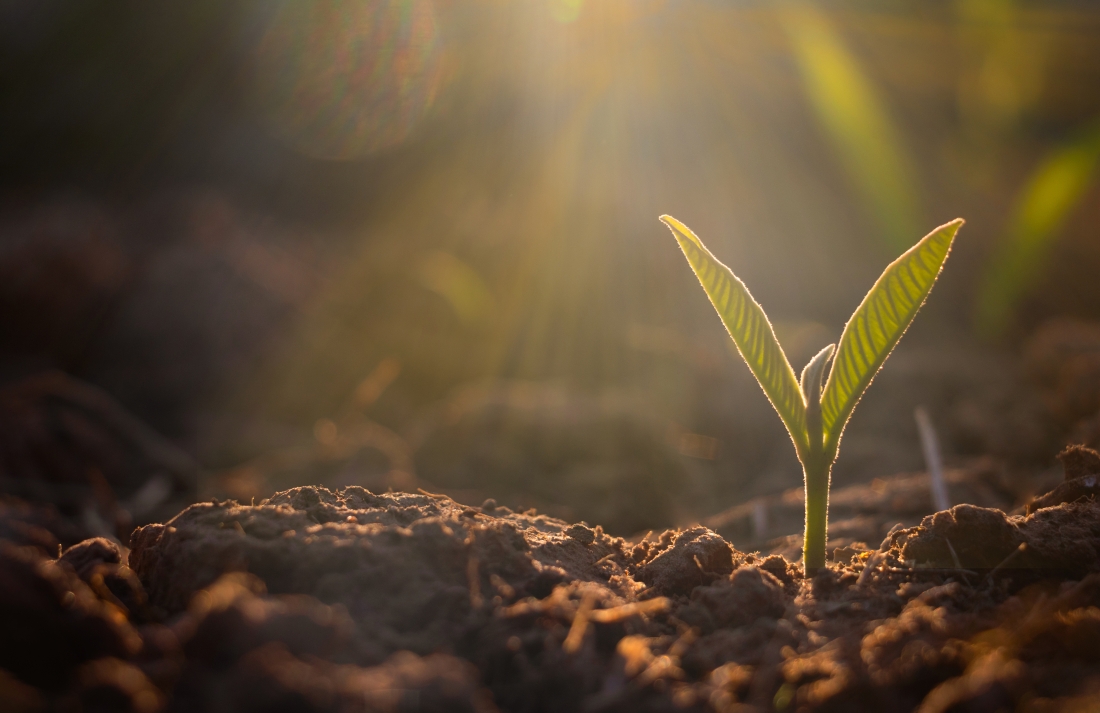 Have you ever wondered why the spring season in both hemispheres feels as old as forever and as young as a newborn baby — at the same time?

Evolution goes back billions of years, but new possibilities open up whenever life awakens and reproduces itself.

On a related note, ever wonder about how cats evolved? Or how closely related house cats — the “lions in our living room” — really are to the big cats?

And what about those saber-toothed cats?

Earth’s apex predators have gone from T. Rex & Company to today’s lions, tigers, and other carnivorous mammals (including domestic cats, which are apex small predators in most human-dominated habitats).

Why did evolution take this route?

END_OF_DOCUMENT_TOKEN_TO_BE_REPLACED

How Cats Evolved: A Serial

A work in progress. 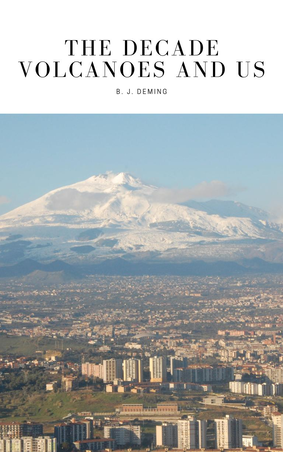 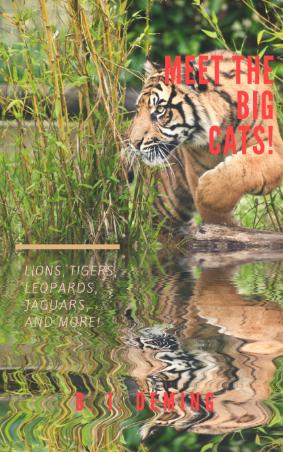 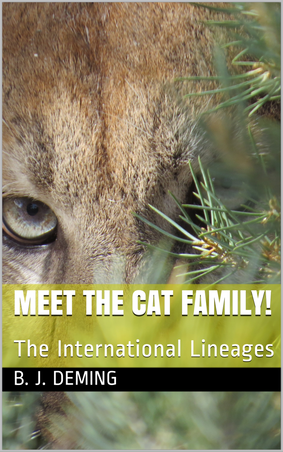 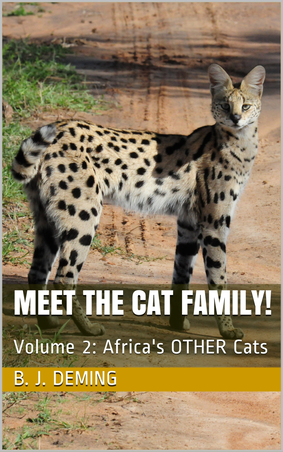 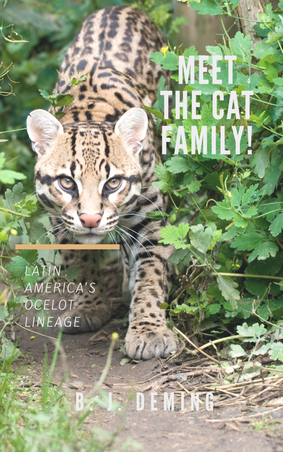 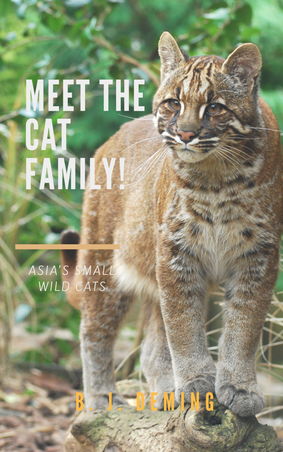